I was saved at a very young age, and surrounded by Christians, at both my home and school. My mom took us to church every time the doors were open. My grandparents on both sides were missionaries to Africa... there was no shortage of Christ in my life!!

I also gave my life to ministry at the young age of 13 and that is when I believe the onslaught by the enemy began.

I had parents who loved me, supported me, and sacrificed for me!!! I don’t know where I developed my ideas of what relationships were supposed to be, but they were wrong and unhealthy!

I was always seeking the approval of others, so much so that I would tell them whatever I thought they wanted to hear... which a lot of times involved lying. This also showed itself when I faced confrontation of any kind... I was so fearful of people being upset with me that I was rarely honest about how I felt.

Soon, these detrimental ideas began to surface in my relationships with guys. I so desperately longed to be loved that I began seeking their affection in unhealthy ways. Between the ages of 15 and 20, I had several sexual relationships. I think I subconsciously believed that in order to receive their love, I had to physically do something with them. However, it was never fulfilling, I never felt loved like I longed to. I just felt shame and loneliness all the more.

During that time, I also became involved with drugs and alcohol, all the while hiding all of it from my family.

I took my unhealthy views of relationships into my marriage. I was full of selfishness, mistrust, and a I had complete lack of communication. Drew and I had no idea what it meant to love each other the way Christ calls us to. We took vows when we got married without any idea what we were truly vowing. When my husband and I would have arguments, it would crush me but I wouldn’t tell him how hurt I was or how unloved it made me feel. I honestly grew to believe he didn’t care about me and Inside I became bitter and angry. This went on for years, and eventually it led to adultery. I wanted so badly to be accepted and heard, yet I wasn’t willing to have an honest conversation with my husband. In my eyes, it was easier to run from our problems... to shut him out and let someone else in.

The weight of ongoing sin is heavy. It makes it hard to breathe and the depression that accompanies it is dark.

The affair went on for two years, and only by God’s grace was I able to end it. God sent a sweet friend who spoke truth over me at just the right moment and she didn’t even know what was going on in my life. God used that conversation to lift the veil that the enemy had draped over me and He showed me the grave situation my sin had led me to. Psalm 40:2 has ministered to me so much, “He lifted me out of the slimy pit, out of the mud and the mire; he set my feet on a rock and gave me a firm place to stand.”

drawing me back to him...

reminding me who I was in Him...

Showing me how completely loved I was, and how precious I was in His eyes!

He showed me that the only love worth knowing, worth seeking, was HIS!!

As God worked on me, he gently nudged me to speak the truth of my sin to my husband. I was horrified at the thought, and continually rationalized why I shouldn’t say anything!

I held that secret from my husband for 7 years.

Then, finally, God demanded an end to my disobedience and through the same sweet friend, He called me out. The Spirit impressed on my heart, “tell your husband.” I said “What? But, God, that will bring him hurt”, and “But, God, what if he leaves me?” and God answered me, through his Word... (paraphrased)

“I want every area of your life in the light and brought out of darkness and into freedom.”

I did tell my husband and that same night he looked in my eyes and said “I forgive you, and I love you.” From that moment on, God has been showing us what true forgiveness really looks like. It’s hard, and it hurts, and without Christ to lean on we would have failed many times and have failed when we have tried to do it on our own. But God can do so much more than what we can imagine!

"Now to him who is able to do immeasurably more than all we ask or imagine, according to his power that is at work within us” - Ephesians 3:20

My marriage is stronger today than it has ever been, but that doesn’t mean there is not still damage control being done. God is still stripping away so much within Drew and me, refining us and rebuilding what sin has destroyed. Years of wrong thinking doesn’t go away over night! There have still been times when I have reverted back to my own ways of doing things, lying out of fear, hiding how I felt for “peace." But each time I see how badly things turn out and how much better things are when I just trust God and obediently do things His way!!

It’s unfathomable that God could bring something so beautiful out of something so ugly, but He has!! Not only is He strengthening and changing our marriage but he is doing an amazing work in us.

He is changing my marriage into something that imitates his relationship with His bride, the Church.

He is showing us what it means to love unselfishly.

1 Corinthians 13: 4-8a says, "Love is patient and kind; love does not envy or boast; it is not arrogant or rude. It does not insist on its own way; it is not irritable or resentful; it does not rejoice at wrongdoing, but rejoices with the truth. Love bears all things, hopes all things, endures all things. Love never ends." The love that he wants us to show each other is the same selfless love he showed each of us by giving his life for ours on the cross!!!!

Jenny Allen writes in her book Restless, “Out of my pain, I see others’ pain, and because I have tasted freedom I crave others’ freedom.” That is truly my heart for women and for our ministry! God can use our pain and the freedom we have discovered through Him to speak to others and bring His light to their darkness.

So many times over the years I have cried while praying and been unable to fully feel like I could express my gratitude to God for what he has done to rescue me from the deep darkness of my sin. One day I was reading in the first chapter of Colossians and came across verse 18. God showed me that if there was anyone who understood that deep gratitude, it was Jesus Christ. He was the “Firstborn from among the dead." He understood what it meant to be brought back from death! His was physical and mine was spiritual, but He knew what it meant to be alive again!! That’s what I have felt like for so long, like He brought me back from death! He did! He has brought each one of us back from death and made us alive again in Him!

NOTE: The song on our album, "You Alone Restore," was written in honor of the restoration that God brought to Chrissy & Drew's marriage. You can listen to this beautiful song on our new album, "Vol. II: The Story" which launches TODAY! Here are some of the links! 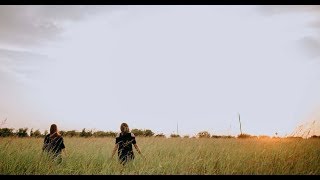